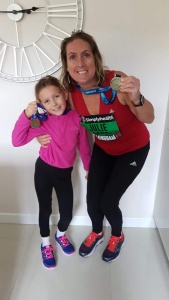 Julie and Annabelle raised money for Rema by running in the Birmingham Half-Marathon on Sunday 14th October 2018, Annabelle (aged 7) ran the 1 mile mini-challenge. They were inspired by Theo’s book and hearing about the work of Rema’s Income Generation Project, helping people start their own businesses. They have raised £300 for Rema’s projects.

If you would like to sponsor them in their fundraising effort, please complete their sponsor form 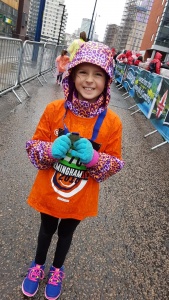 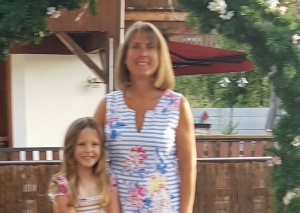 Julie and Annabelle have been inspired by Theo’s book and hearing about the work of Rema’s Income Generation Project, helping people start their own businesses. They will be raising money for Rema by running in the Birmingham Half-Marathon on Sunday 14th October 2018, Annabelle (aged 7) will be running in the 1 mile mini-challenge.

If you would like to sponsor them in their fundraising effort, please complete their sponsor form 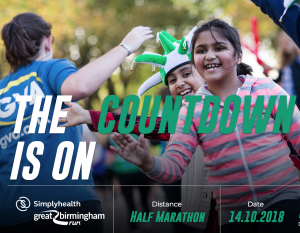 Rema newsletter for spring 2017 is now available to download here 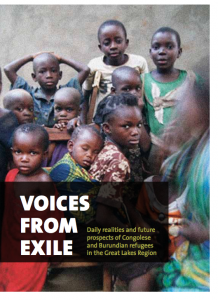 Rema produced a report in 2012 researching the difficulties for Burundian refugees returning to the homeland after many years but finding their land occupied by others, plus being able to reestablish their identity and citizenship in Burundi 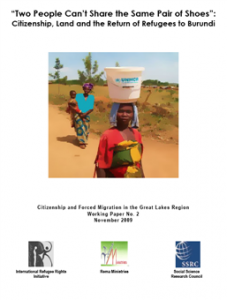 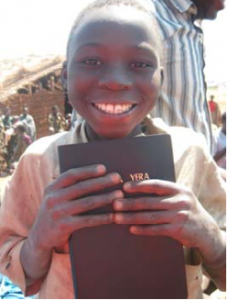 ‘Give me a bible’ said a young boy, pushing forward in the crowd surrounding the pick up truck. We were unloading Kirundi Bibles. We were visiting the Mushara resettlement camp in southern Burundi close to the Tanzanian border. A consignment of 2027 bibles had been donated to Rema Ministries
via supporters back in the UK, to distribute to support repatriation and peace
building work.
‘Give me a bible’ he asked persistently. ‘You speak English?’ I said, ‘Yes’ he replied. ‘Can you read?’ I asked? ‘Yes’ he replied. ‘The bibles are in Kirundi –
can you read Kirundi?’ Again ‘yes’ was the reply.
Turning to Felibien, director of Rema, I asked ‘Can you see if he can read’. A Kirundi bible was opened and the attempt was encouraging. I gave him a bible
and clutching it he just beamed!

The camp is for returnees being repatriated from refugee camps in Tanzania. They are brought here by the UN from camps in Tanzania before being moved
on to their ‘home’ areas, but for many they don’t know where that is, so they remain at the camp indefinitely. 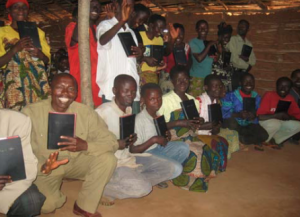 As we gave out bibles, people came with the torn and tatty portions, the remnants of well-read bibles that had survived fleeing into exile, and many years (some since 1972) in refugee camps.

We went on into the small church, bulging with people praising and singing, a regular event though it was Saturday.

Thanks and praise were given for the new bibles, and the pastor told us a collection would be taken tomorrow for the Bible Society in recognition of their joy!

We gave out about 50 bibles that day, mainly to pastors, catechists, Sunday School teachers and those leading groups. Others were left with the pastor to
establish those in greatest need, who could read and use the bibles. Many others have since been distributed mainly to returnees at conventions and evangelistic events across Burundi.

Football is the international language, and it is spoken fluently in Burundi!

Rema UK has links with Aston Villa who have donated a full team kit of football shirts. Fortunately Aston Villa is well supported in Burundi, especially at the Aston Villa restaurant in Makamba.

We are grateful to the Birmingham Mail for their donation of a full kit of Rema football shirts in 2009.

The clinic at Nyembuye was officially opened on Friday 26th June 2009 at a ceremony attended by so many villagers that there were police controlling the kids in the crowd.

Burundi is famous for its drumming tradition, and the crowd was entertained by a lively and rhythmical troupe of drummers, one of which also demonstrated his dancing skills on his hands (since he didn’t have the use of his legs). It was a joyous occasion, punctuated by another fine Burundian tradition—speechifying!

The really exciting part was the fact that we were able to see the staff at work, giving vital vaccinations to some toddlers.

The “Sharing Life Rema Clinic” (named after the two main sponsor charities) is already the best equipped in the region, and people are walking up to 20 miles from all directions to receive treatment. Now we have to ensure that the staff are properly housed (more about this to come) and the dispensary is adequately resourced.

Want to know more about Rema and Burundi?